Your cart is currently empty

The rating of this product is 0 out of 5

(0)
In stock (Delivery timeframe:Pick up in 1-4 Days)
For the pure enjoyment of R/C car driving, the combination of a beautifully reproduced car body with the FAZER series chassis can’t be beaten. Kyosho has taken its standard touring car chassis and given it a full model makeover that has evolved performance to a new level. A simplified design with fewer parts has improved maintenance efficiency and reduced weight while core strength and rigidity has been increased through new materials and ribbing and stiffeners on front and rear. In addition, the symmetrical chassis design synergizes excellent front-rear balance through the suspension with responsive control, irrespective of power source. Featuring front & rear gear differentials, oil shocks and full ball bearing specs, the high durability and impact resistance allows drivers to unleash the full potential of the chassis. Brake disc wheel hubs with two different offsets (0mm, +5mm) provide compatibility with 190mm and 200mm width body styles and allows the wheelbase to be adjusted to 270mm by replacing some parts (sold separately) for compatibility with other 1/10 scale body styles, in addition the body included. The Readyset package comes fully assembled and includes everything except charger and battery for the chassis, and batteries for the transmitter.

●The body is the "Subaru Impreza WRC 2006" that participated in the 2006 World Rally Championship (WRC) wearing bright WR blue and six-star coloring that shines yellow. The body specifications are semi-assembled specifications in which the customer finishes the decals such as the Subaru logo to WRC specifications.
●Original low-profile semi-slick pattern tires produce superior performance and combine with 15-spoke wheels for stunning visuals.
●Factory-assembled Readyset package only requires 4 x AA alkaline batteries for the transmitter, and battery with charger for the chassis.
●Full ball bearings that reduce drive loss equipped throughout the drive system.
●Features KS202W steering servo.
●Sealed differential and transmission deliver reliable performance, even on dusty parking lot surfaces.
●Shaft drive full-time 4WD touring chassis（FZ02）.
●Equipped with a plated dummy brake disc and a painted brake caliper to improve the sense of scale.
●Uses hex head screws in each part. Reliable tightening torque can be applied, and maintenance is possible with even fewer tools.
●Since the motor mount has mounting holes according to the pinion gear, troublesome backlash adjustment is unnecessary. Supports from 29T to 37T.
●Performance can be further enhanced by installing various optional parts. 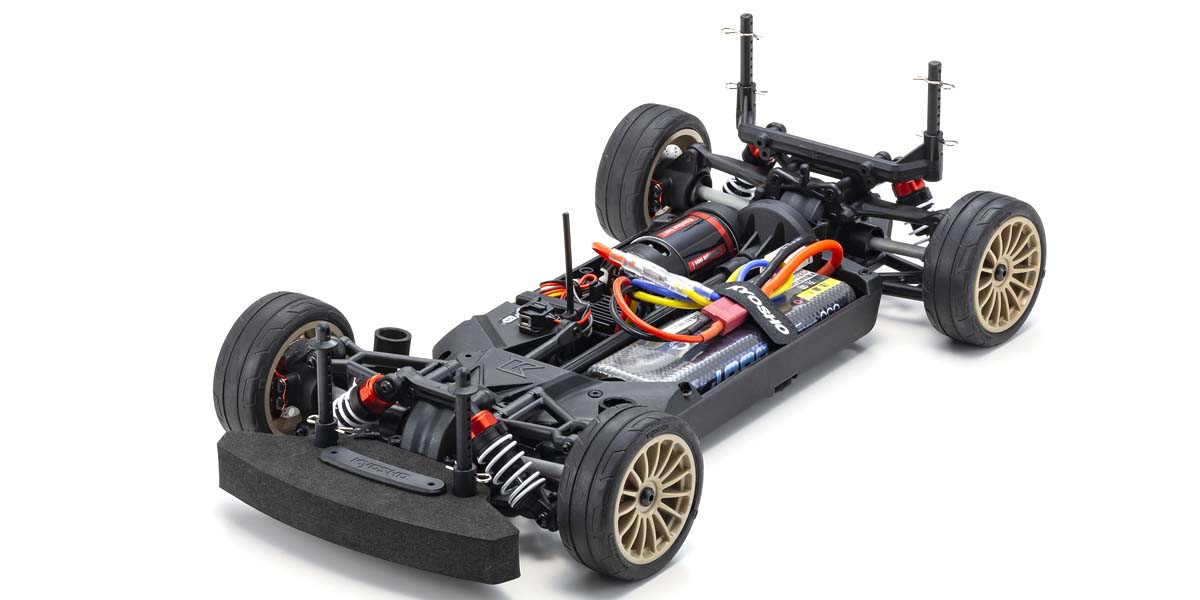 Completely realizes low center of gravity with its simple, functional design. Featuring an integrated gearbox that optimizes torsional rigidity of the main chassis, the nylon material reduces weight while improving impact resistance. Each key component has been reinforced in this simple design without upper deck. 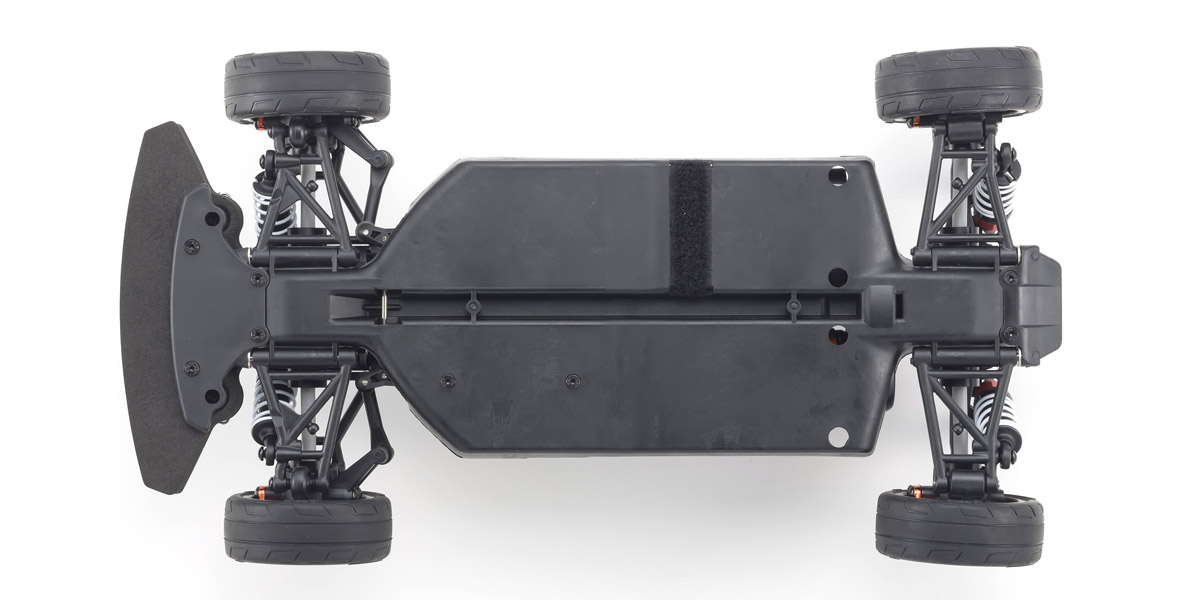 Features a reduced number and variety of screws and parts, and consolidation of frequently used screws into the same size. Most screws are flat head screws that can be removed with a 2.0mm hex wrench for easy disassembly. 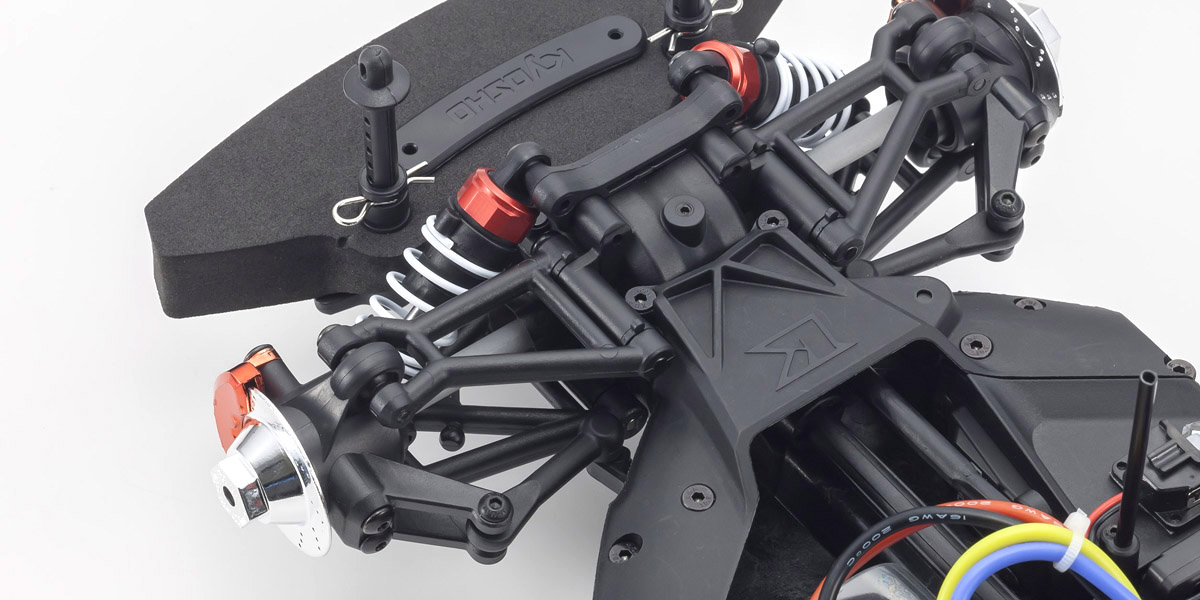 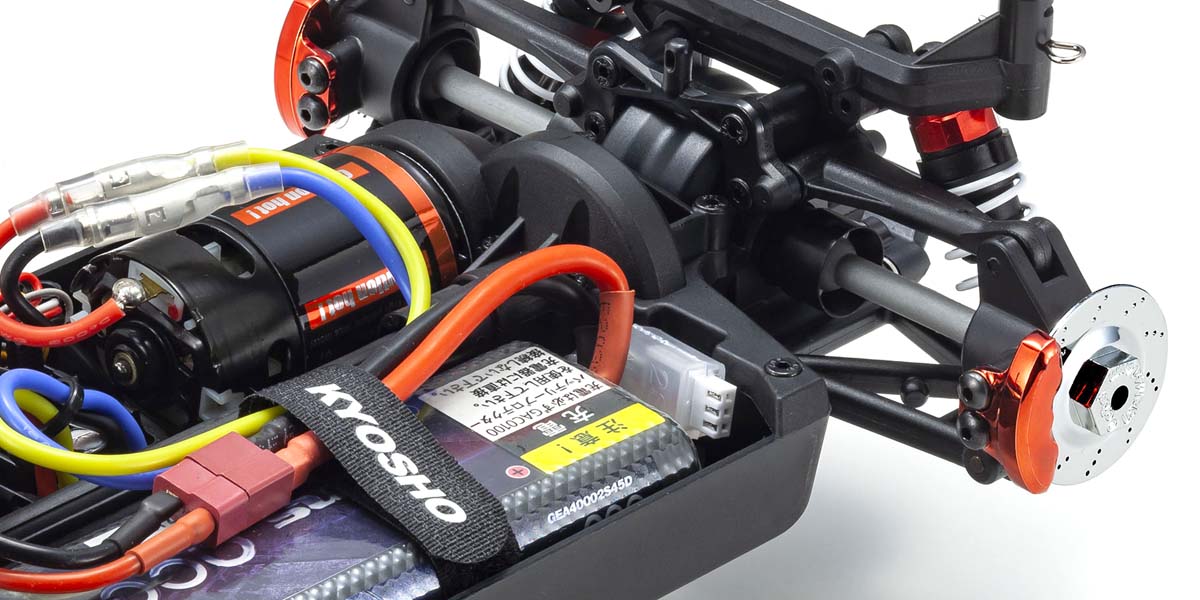 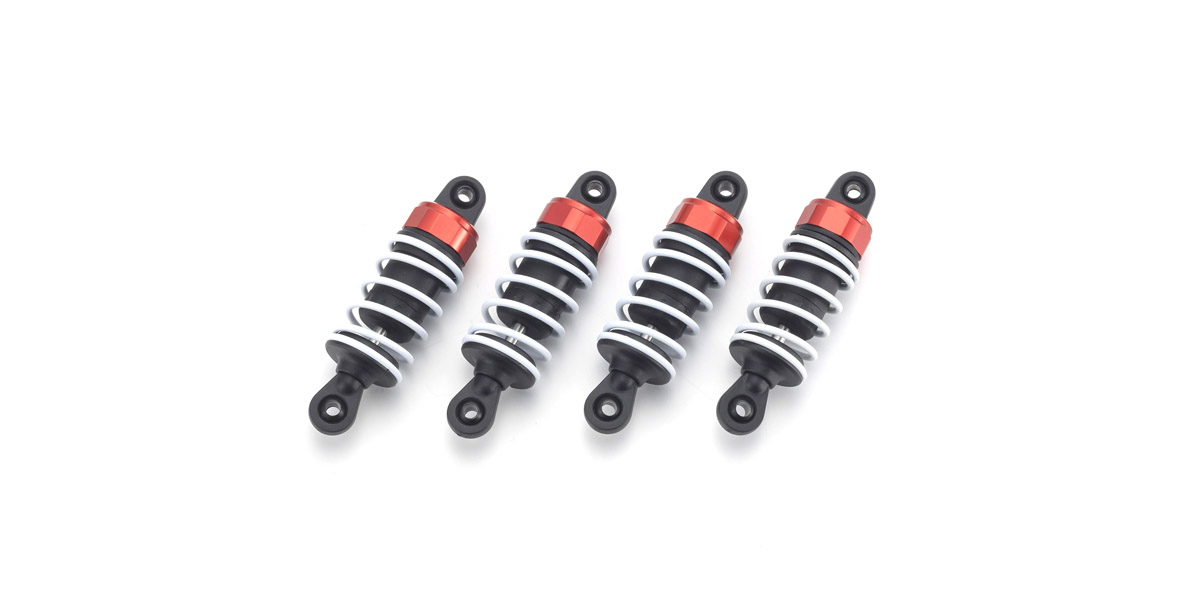 Equipped with an oil shocks as standard equipment. Change the vehicle height by changing the length of the damper end according to the vehicle type. 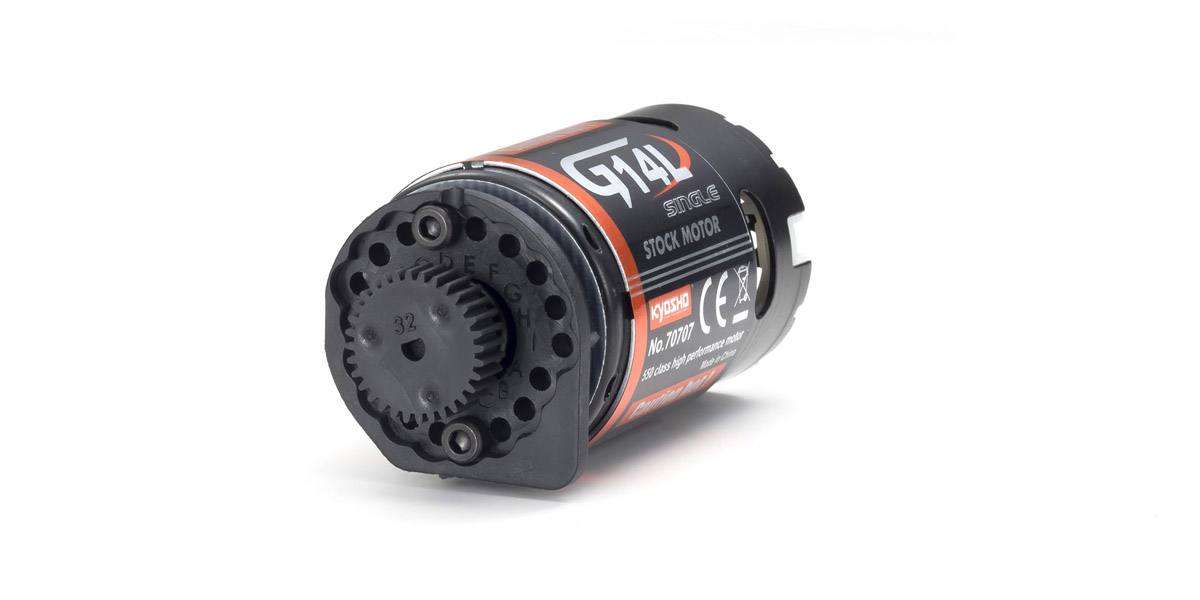 Standard spur and pinion gear setting is 68T and 32T, but 9 pinion gear settings can be used from 29T – 37T to produce a wide range of gear ratio settings. The new fixed gear mesh motor mount has holes for use with each different pinion gears. Just simply mount the motor directly to the hole locations corresponding to the pinion gear. No gear mesh adjustment is necessary. 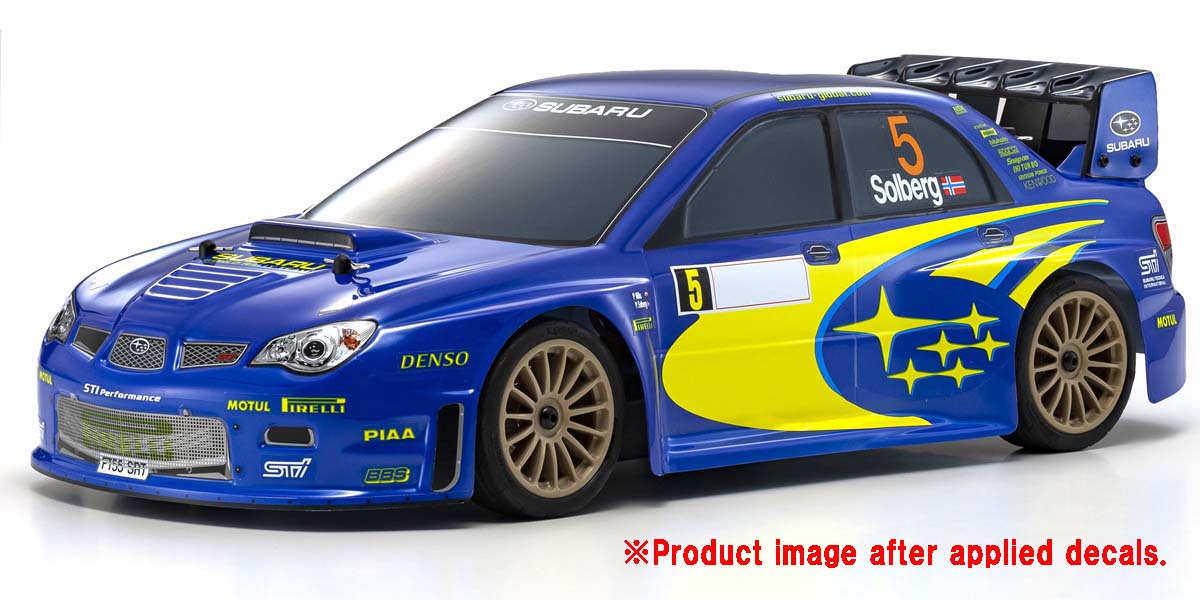 Japan’s renowned Subaru introduced this model to compete in the 2006 World Rally Championship (WRC). Based on the GDB type Impreza nicknamed Hawkeye, the 2006 model was equipped with a large rear wing plus a more powerful engine and reinforced suspension. The body art inspired by the Subaru emblem created a strong impression with Subaru rally fans. 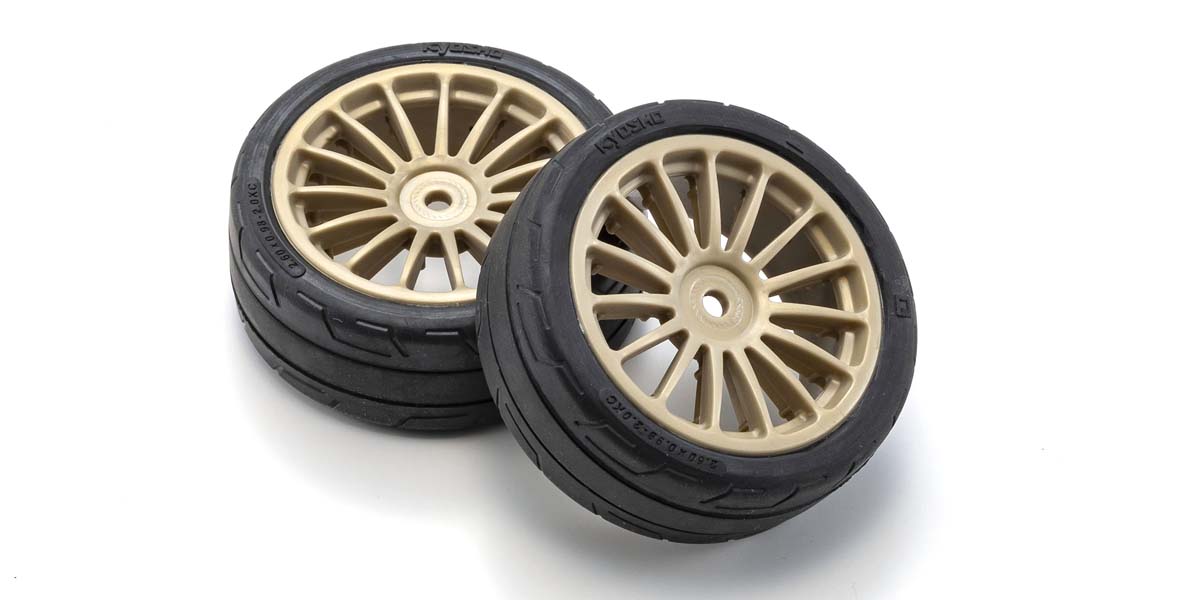 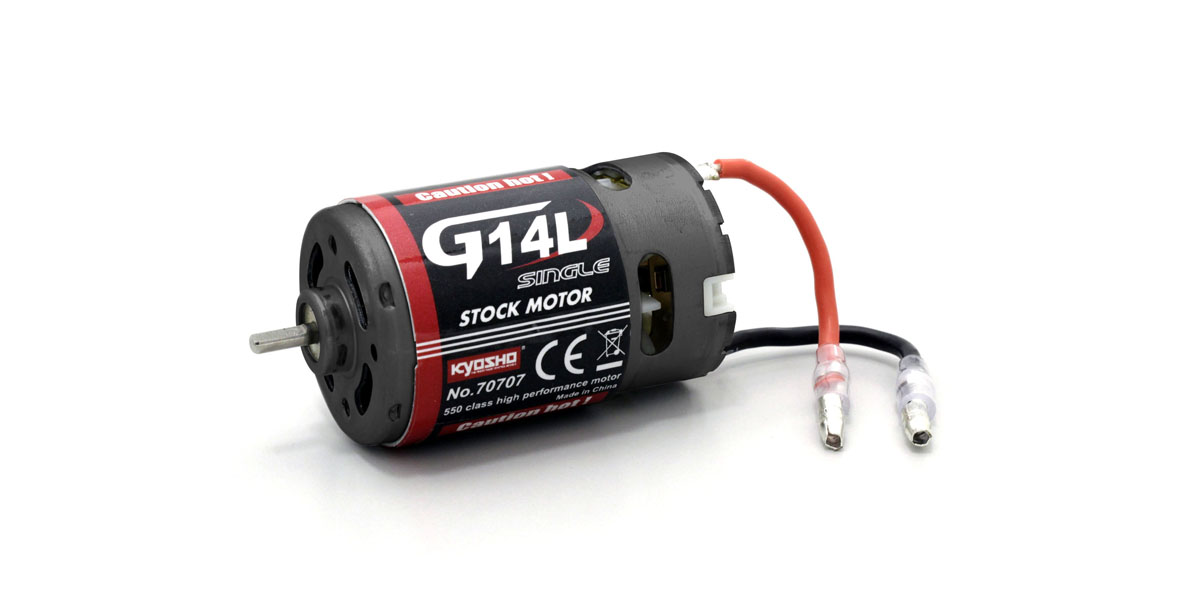 Comes with the new powerful 550 size 14T brushed motor(G14L). The long can with Steel ring around the motor case and internal cooling fan provides efficient torque and high speeds.

0 stars based on 0 reviews
Add your review